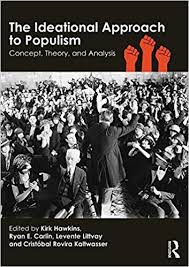 Populist parties and movements are on the rise in Europe and the Americas. New scholarly work suggests that these parties and movements can best be understood in terms of their ideas or discourse, as political organizations that envision a Manichaean struggle between the will of the common people and a conspiring elite. In this volume, we move scholarly work forward by proposing a causal theory based on this ideational approach. This theory argues that populism exists as discursive frame or a set of attitudes that are widespread among ordinary citizens, but that these attitudes lie dormant until activated by contexts of weak democratic governance and policy failure. The process is catalyzed by politicians offering a populist frame and a focal point for organization. The book develops this theory into a research program at both the aggregate and individual levels. Contributions include an assessment of methodological tools as well as tests of the theory using surveys, textual analysis, case studies, and experiments.

Knowledge-production in journalism: Translation, mediation and authorship in Brazil