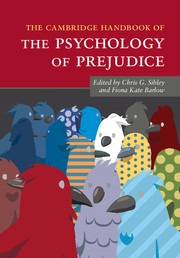 (Disponible solo en inglés:) Despite impressive gains in the spread of quasi-democratic social practices and respect for human rights witnessed in the past hundred years (e.g., Pinker, 2011), intergroup discrimination, oppression, and violence continue to thrive within every modern social system. Whether one considers the marked discrimination against immigrants in the relatively egalitarian Sweden (Nordenstam & Ringström, 2013; Orange, 2013), the money-dominated elections of post-industrial states (Lessig, 2011), or the unambiguously oppressive dictatorships across the majority of the Arab world, systems of group-based social inequality and domination continue, despite our best efforts, to maintain their grip around the throats of democratic and egalitarian aspirations. While there are certainly vast differences in the degree of group-based social inequality across social systems, or across historical epochs within any given society, group-based social inequality appears to be a human universal present in all kinds of societies (see, e.g., Bowles, Smith, and Borgerhoff Mulder, 2010), even in hunter-gatherer communities (e.g., Ames, 2007; Arnold, 1993; Kennett, Winterhalder, Bartruff, & Erlandson, 2008).