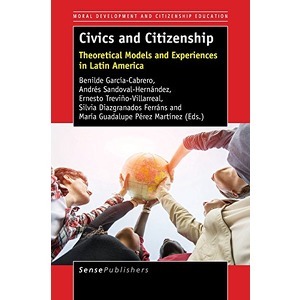 Chileans, like people from most Latin American countries, report little trust in their political institutions (66.6% of the population reported having low or no trust in the justice department, 76.9% in the congress and 64.9% in the government; Corporacion Latinobarometro, 2013). Indeed, the observed decline in Chilean voter turnout has been stronger than in other democracies of the world (Corvalan & Cox, 2011). Data from the electoral registry in Chile indicate that between 1988 and 2013, the proportion of voter turnout decreased from 89% to 58% in 2009, and declined further in 2013 to 49.3%. However, if we look at values related with citizens’ interest in the common good, Chilean society describes solidarity (i.e., defined as the ties ina society that bind people together; Fireman & Gamson, 1979) as one of its most important values. Indeed, Chile is ranked second among Latin American countries in inhabitants’ belief about their compatriots’ commitment to solidarity (Román, Ibarra, & Energici, 2014). In the Chilean context, for example, helping behaviors arise especially in reaction to natural disasters, like earthquakes, which are comparatively frequent (Drury, Brown, González, & Miranda, 2016). Accordingly, even if the tendency of Chilean citizens is to be involved in specific solidarity actions and feel responsible of their communities’ needs, it seems that their active participation and commitment in broader collective spheres of political life are less frequent.

The relationship between Unions and Innovation in Chile

The Future of Work in Developing Economies: What can We Learn from...

Labour market mismatch in emerging countries: the case of Chile

The Political Economy of Unemployment Insurance based on Individual Savings Accounts: Lessons...