[OUTREACH] Public Policies: COES Academics are awarded a “Núcleo Milenio” fund for research on social development around health and education with a gender approach 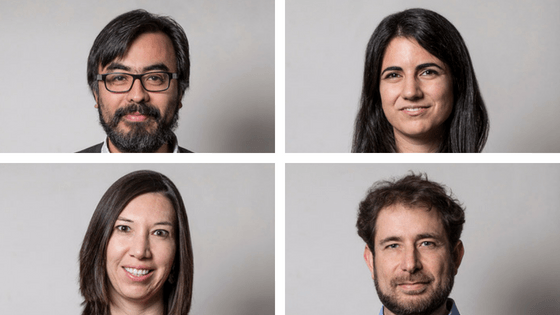 The project seeks to design, evaluate, and create public policies in the health and education areas, following a multidisciplinary approach and with the aim of reducing gender gaps in the country. The State-awarded fund has a duration of 3 years and can be renewed for another 3.

In total, 220 projects were submitted, 140 for the Natural and Exact Sciences Nucleus category and 80 for the Social Sciences Nucleus category. Of these, 14 were awarded funding for the first time and another 3 were renewed. All in all, 17 Núcleos Milenio will obtain financing until 2021 from the Iniciativa Científica Milenio. This is a Program implemented by Chile’s Ministry of Economy, Development, and Tourism, which promotes the development of centers of excellence in research. They are evaluated over a six-month period by an international group of peers. This year, new demands were added to the application guidelines, such as promoting interdisciplinary research and increasing the inclusion of women and young people, among others.

The Social Development Millennium Nucleus seeks to design and evaluate social development policies in two major areas: health economics and the economics of education and job training. Both axes will be studied from a perspective informed by gender economics. In this regard, Valentina Paredes, a member of the team and COES researcher and board member, says, “Several important dimensions must be studied to promote social development, but we wanted to start with education and health as well as with the overarching topic of gender, since we identified them as three drivers of social demands in the coming years and as areas where major inequalities exist”.

The aim of this research team is to consolidate a center for quantitative analysis where public policies can be evaluated and proposed with a view to reducing social welfare gaps. “We want to contribute to the evaluation, creation, and discussion of public policies using quantitative methodologies, typical of economy research, while remaining open to methodologies from other social science disciplines. That’s why we have a multidisciplinary group of economists and academics who come from the world of education and public health policies”, says Paola Bordón, also a COES researcher and member of the team.

This project is led by Fabián Duarte, who was a COES researcher until January 2018, when he assumed the role of Director of Universidad de Chile’s Microdata Center. The team consists of 9 academics: 5 women and 4 men. Of these, 3 are COES researchers: Valentina Paredes, who has specialized in empirical microeconomics and applied econometrics, basing her research on the economics of education and gender gaps in education; Paola Bordón, who, from a perspective informed by empirical microeconomics and econometrics, has based her research work on labor economics and education economics; Daniel Hojman, who has specialized in economic theory and political economy, and whose most recent studies have focused on health inequality, socio-economic determinants of health, and the relationship between debt and depression, among other topics.

Other members of this multidisciplinary team are Graciela Rojas, who is a senior Nucleus researcher, a surgeon, a specialist in psychiatry and mental health, and a medical doctor; Susana Claro, an academic from the School of Government of the Pontificia Universidad Católica de Chile (PUC), and Verónica Cabezas, an academic from the Faculty of Education (PUC), both co-founders of Enseña Chile, a Chilean non-profit organization that provides the country’s most disadvantaged schools with teachers; and two economists from the Universidad de Chile, Jaime Ruiz-Tagle, Director of the Department of Economy, part of the Faculty of Economy and Business, whose research topics have focused on the labor market, micro-entrepreneurship, and women’s labor market; and Esteban Puentes, who has focused on labor economics, job opportunities, and micro-entrepreneurship, among other topics.

“We believe that the inter and multidisciplinary experience that several members of the team gained by working in COES was fundamental to our securing of funding for the nucleus. We are convinced that the only way to study complex phenomena such as social development is through multiple disciplines”, says Valentina Paredes, PhD in Economics (University of California) and Assistant Professor at the University of Chile. Likewise Paola Bordón Assistant Professor of the Department of Economy at Universidad Alberto Hurtado, and PhD in Economics (University of Wisconsin-Madison), United States, highlights the importance of actively participating in a multidisciplinary center. “At least, for those of us at COES, it was useful to have worked and interacted with academics from other disciplines”.

One way to encourage the development of advanced human capital is through internal university grants aimed at promoting the talent of young researchers. These grants should focus on encouraging multidisciplinary work, public policy innovation, and the dissemination and communication of research results to the public.

In the health domain, researchers propose to concentrate on mental health, especially in the elderly. Here, COES research projects will focus on the relationships between the processes of indebtedness and mental health, mental health and work performance, and non-transmissible diseases (e.g. diabetes, hypertension, depression), which tend to accelerate retirement. In addition, COES intends to study the extension of postnatal leave for women and their involvement in the workplace. With respect to education and training, the center is planning to study aspects such as financial education, technical education, wealth disparities in early wealth disparities affecting human capital school environment and gender-related occupations, socio-emotional skills and gender differences, and preparation for work.

[OPINION] Chile’s president is a woman — and she just scored a major policy victory for women. Here’s why that matters.

[OUTREACH] María Luisa Méndez on her new book,»The upper-middle class challenges social cohesion towards the rest of the social structure”

[OPINION] A Bitter Victory for the Chilean Right? at Foreign Affairs